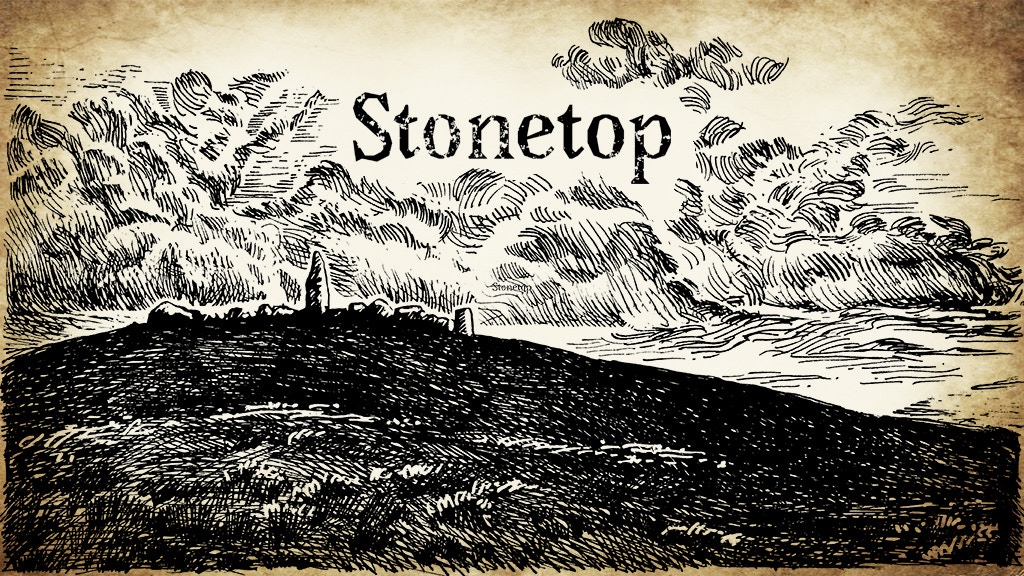 A tabletop fantasy adventure RPG centered on a village community.

Latest Updates from Our Project:

The news this month, as many of you have already guessed, is that we need to push back publication again, for at least another six months. You can read Jeremy’s explanation of his side of things below.

On my side, as publisher/editor/art director, I can admit that I failed to grasp the scope of Stonetop’s content before setting our original schedule. Jeremy and I had been working on this project for 4 years before the Kickstarter launch, and I only pushed the button after what I felt was a careful assessment of the amount of work left to complete. My assessment was way off.

The game is currently fully playable; many campaigns of Stonetop have been run and are currently running. As usual, you can find all of the current game docs here, and join the Stonetop discord here.

In any case, it’s completely understandable that at this juncture you might regret your pledge or pre-order and would like your money back. To request a refund, scroll to the bottom of this update and follow the instructions there.

I remain deeply grateful for your trust, patience, and understanding and we forge ahead.


A note from Jeremy

I want to apologize for the continued delays in finishing Stonetop. I'd like to be able to point to one specific thing and say, "This, this is the problem!" because then I could change it and be done. But ultimately, it comes down to:

What remains to be done? My current to-do list still contains…

Some of these are topics to which I've already given a lot of thought and exist in outline form. Others are still fairly vague in my brain. Either way, I find that any topic involves a lot of second-guessing. The Things Below almanac entry, for example, has been in draft state for over a month as I continue to think and rethink through how those elder evils fit into the overall world, what's already been established in other almanac entries, and so forth.

I'm quite happy with the quality of material that I end up with when the process is done, and backers who've been using the new material have been be very positive about it. But its not coming quickly enough.

I get about 1-2 hours of time per day to work on Stonetop. My work schedule is somewhat flexible, but I've found that taking time off from work is rarely as productive as I'd expect. In the past, I've always found that a looming deadline helps motivate me, helps me get over the stuck-in-my-own-head churn of overthinking and rethinking and writer's block. But this project has proven too big for that sort of "crunch time" mentality to work. This is a marathon, not a sprint.

To further complicate things: I had a heart attack at the beginning of February. I am okay. It was unexpected (I'm 45, I've been a vegetarian for 25 years, and I'm reasonably active), and could have been much more serious than it was. But I'm privileged to have excellent health insurance and I received excellent care. I've adjusted my diet, I've started taking the "cardiac cocktail" of meds, and I need to be much more intentional about exercise going forward. But my prognosis for the future is very good.

To be clear: the heart attack is not the primary reason for the delay. It has certainly disrupted my schedule and my life a bit, but the main issue continues to be the scope of the project and my lack of productivity.

We've got about 30 weeks between now and the end of September. With the current scope, that'd be about one deliverable a week between now and then, which has proven to be unrealistic. So our options are to increase productivity, decrease scope, and/or further delay the project.

Increasing productivity isn't something you can just do. Jason and I discussed bringing in additional writers, but that adds considerable complexity without necessarily improving productivity. Jason plans to start helping with the content creation, but won't be able to do so until his summer break (he's a professor).

To hit our new target, we need to decrease scope. Over the next week or two, I'll be taking a hard look at our deliverables list and deciding what to cull or at least what to seriously cut back on. From there, I'll be outlining the key points of each deliverable and then aggressively cutting away anything that's not essential. Jason will help with this, wielding the editor's knife and insisting that I kill some of my darlings.

Having this outline will also make it easier for me to continue making progress in some areas when I get stymied on another, and it will allow Jason to step in and pick up some topics as he has time.

It's possible that these changes won't be enough, and we'll have to further delay the project. We'll re-evaluate at the start of summer and determine if we need to further change our approach then.

Thank you all in advance for your patience and understanding.
—Jeremy

To request a refund:

Please note that this procedure will also cancel and refund any transactions that have occurred via BackerKit, including pre-orders.

The Wider World and Other Wonders continues to widen with lore about the Stone Lords, who carved cities out of the landscape itself and "sang stone, crystal, and glass into impossible shapes" before the corruption and (very literal) collapse of their empire. Included here are a number of tables to aid the GM in generating sites and dangers associated with these ancient archons of geologic wonder and manufactured horror. Here's a brief description of how I just used these tools to develop bespoke material for a Stonetop campaign:

I need a Stone Lord location for the PCs to explore in the Steplands, so first I roll on the Sites table and get a ruin. Rolling on the ruin subtables for structure, purpose, architectural elements and condition, I get "large, open space," "dwelling (home, barracks, dormitory, prison, etc.),"crystals/makerglass: catching light/wind, humming/glowing, chiming/gonging;" and "shattered and laid waste by time, war, or vandalism; mostly buried, overgrown, collapsed; its purpose unrecognizable."

Okay, so it was once a home of some kind, I'm thinking some Stone Lord's estate or rural residence, removed from the nearest city or settlement, exposed to the elements for so long that only fragments of masonry remain, and these are easily mistaken for natural parts of the landscape. What is clearly not natural is the single obelisk of makerglass, several hands in diameter and maybe fifteen feet long, thrusting out from the earth at a low angle. When the wind sweeps across the rocky hillside, the obelisk resonates at a subsonic frequency and glows faintly white; the stronger the wind, the brighter the glow.

Because I see the Construct tables in the Dangers section of the Stone Lords entry, I decide that whomever called this place home had some kind of fabricated servant or device to aid and abet their lifestyle. For purpose, ability, size, power, sapience, and condition I roll "defense/companionship + construction/labor/convenience," (sounds like an all-around helper) "nothing of note, just animated stone + ranged/area attack," "like a human child (small), "stores power, but must return 'home' to recharge,"beast-like: can take basic direction, complete some complex tasks independently;" and "no power/power source failing + trapped/pinned/buried."

It's the size of a human child, but I feel like I don't want it to look like a human; maybe like a beetle, a scarab, or a worm or centipede? I decide the split the difference and imagine a beetle-like construct made of stone with a long, segmented body and a dozen sets of legs. It's run out of power and is trapped somewhere... well obviously the makerglass obelisk is its charging station! The beetle-child got stuck some distance away when it ran out of juice; it's mostly-buried in centuries of sediment, but still points toward home. I decide that its defense mechanism ("ranged/area attack") is a burst of concussive force accompanied by a blinding white flash and alarm chime. What will happen if the PCs bring it close to the obelisk? That's the kind of thing we'll play to find out.

Okay, okay, you can strike that makerglass chime, just please not while I'm anywhere in the vicinity. But, I really do not think it's a good idea to talk to the chthonic spirit in that "fine" clay urn you just found, regardless of what recipes it promises to teach you. Do you even know what "chthnoic" means? I've said my piece, make up your own mind.

Lucie breathes more life into the setting with images for Lygos and the South and the North Manmarch, entries which are now fully illustrated.